From my last post, I mentioned about going on a road trip over Thanksgiving weekend to Arizona. Driving from O.C. to Scottsdale was a 5-hour trip which, for us took longer than we expected. Between listening to songs, playing games, and eating snacks in the car, it became apparent that we were bored. We found ourselves in yet, another spare of the moment decision and decided to stop to see the Salton Sea State lake and the Salvation Mountain.We found the Salton Sea by accident as we made our way from the 111 highway in Indio. As we were heading towards the Salvation Mountain, we came to this open area with a large body of water. The pure calmness of the shore drew us in like a magnet. We had to stop and investigate the scene.

The beach (or what looked like it) was completely deserted. There was no soul in sight and the water showed no hint of waves crashing. We were alone with the exception of the dead carcasses found all over the beach. It was quite strange, I thought. Although, I guessed that must’ve been residual from a high tide at one point.

Later on, I read that the Salton Sea is facing a decrease in water level, hence, the explanation of finding the dead carcasses. It apparently once catered to tourists who enjoyed water sports, fishing and/or swimming. People camped here (that explains the 2 trailers in the parking lot we saw) and there was a movie filmed here called “The Salton Sea”. Now the state’s largest lake is shrinking at a rapid pace causing serious air pollution. The place does feel abandoned yet, beautiful. I realized the quirkiness of it all is what made me like this place.

After 15 minutes, we left the Salton Sea and headed towards the Salvation Mountain as planned. From there, we came across absolutely nothing except the desert. There are small towns nearby but, they all looked desolate and run-down. I’m glad we had a full tank before driving out here because we didn’t see any working gas stations around at all.

We finally arrived at the Salvation Mountain. I noticed there were quite a few people already on site. Before coming here, I knew this place is popular for those who enjoy murals, arts and/or sculptures. Now, I see how the mountain appeals to people. It’s beautifully designed with paint colors laid out all throughout the mountain and the way it’s built from top to bottom is very intriguing. 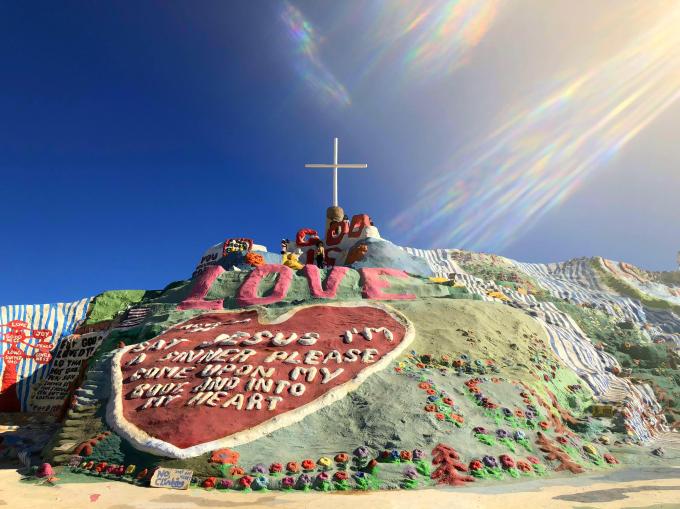 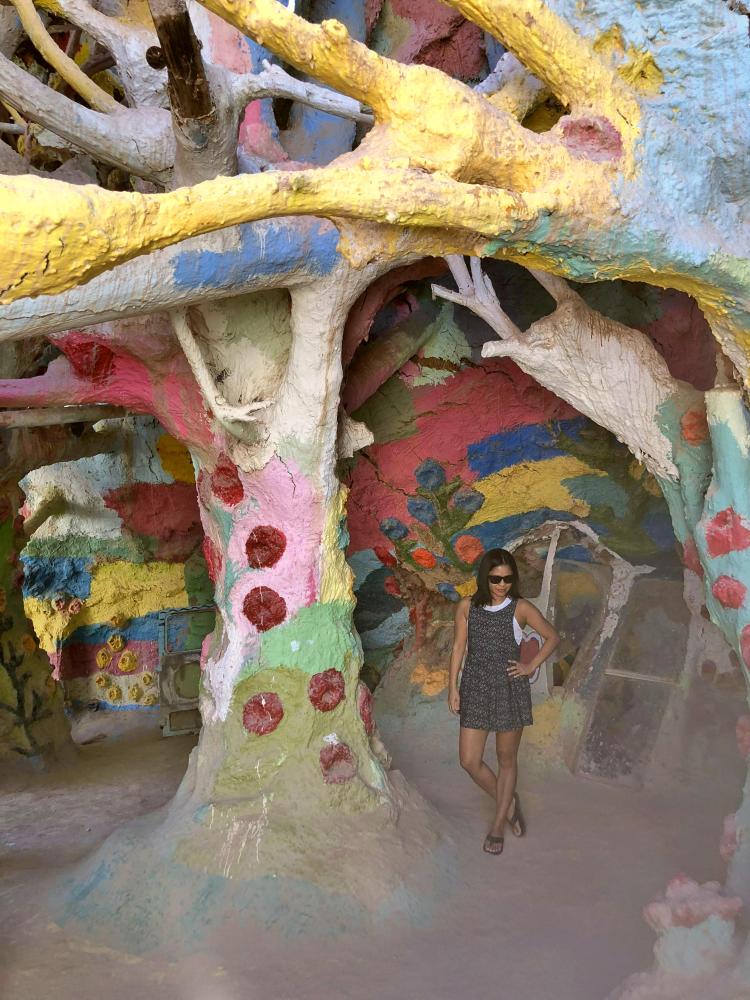 We spent a good full hour exploring and by the time we left the crowd was in full-blown. I’m glad we came earlier otherwise, it would’ve been difficult to take photos without people around. At last, we were on our way to Arizona.

19 thoughts on “Driving In Between Southern California and Arizona.”